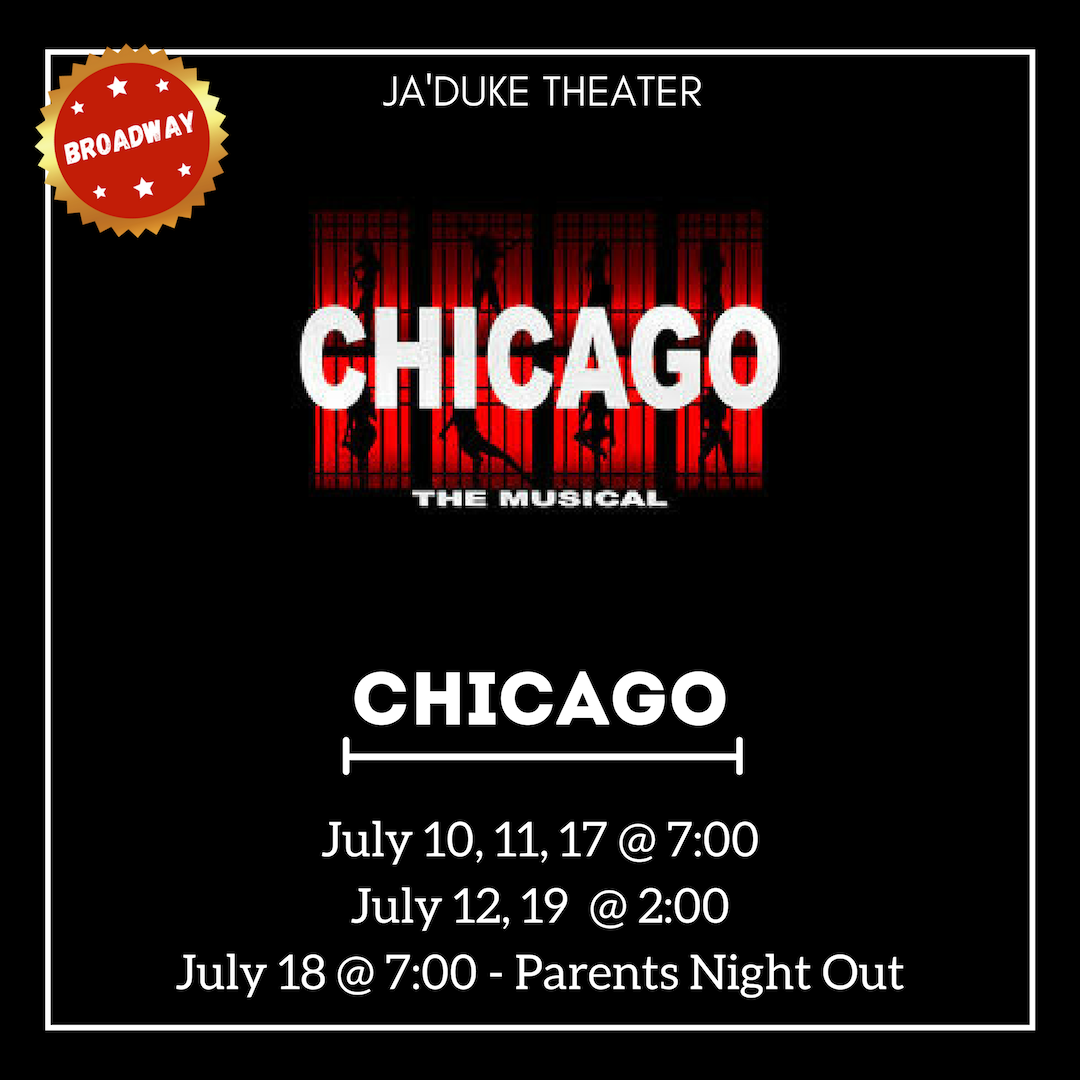 Broadway’s longest-running American musical, Chicago is a dazzling and satirical look at fame, justice, and the media machine. Set in 1920s Chicago and based on real-life murders and trials, we follow Roxie Hart, a wannabe vaudevillian star who murders her lover and is arrested, despite her attempts to convince her pushover husband, Amos, to lie for her. In the Cook County Jail, Roxie meets her hero, the famed double-murderess and nightclub performer Velma Kelly. When both acquire the same lawyer, the greedy and lustful superstar, Billy Flynn, tensions come to a head as they vie for the spotlight - though instead of onstage, they’re mugging for the flashbulb of the newspaper reporters. With catchy, sexy music and timeless lyrics by John Kander and Fred Ebb, and a funny, intelligent, and utterly engaging book by Kander and Bob Fosse, Chicago is a musical spectacular that is as addictive as gossip rags and as unforgettable as any trial of the century. Rating: PG-13 Run Time: 2 hours and 15 Minutes (one intermission)